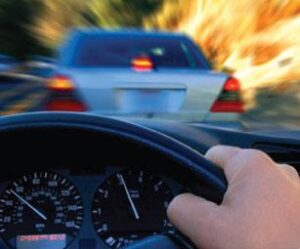 The law (House Bill 13-1114) states that a driver is considered under the influence if their blood contains five or more nanograms of delta 9-tetrahydrocannabinol (also known as THC or the substance that gives marijuana its drug effect) per milliliter. The confusion with this measurement is that habitual marijuana consumers claim that 1) at this level s/he is not impaired and 2) that this level can remain in a smoker’s bloodstream for hours and/or days after consumption.

Medicinal Marijuana is not an Excuse

Those who use marijuana for medical uses must remember that, although medicinal, the marijuana they consume may still have the ability to impair them. For this reason, those who need to use marijuana to help ease a medical problem should refrain from operating a motor vehicle just like those who consume alcohol or any other medication that has impairing side-effects. The National Highway Traffic Safety Administration (NHTSA) reports that, after alcohol, marijuana is the most frequently detected impairing substance identified when drivers are tested either after an arrest or fatality. Experts suggest that those using marijuana for medicinal applications should—like other kinds of medication—refrain from driving until they know how they will be affected.

Effects of Marijuana on Driving Performance

In the Event of an Accident…

Marijuana use may not always be the immediate cause of an accident; nor, will authorities jump to this conclusion. However, if a driver runs a red light, a stop sign or acts in a negligent way, their influence may be considered. Lawyers involved in marijuana-influence cases may also make use of witness statements. If you’ve been in an accident and you believe the other driver may have been under the influence of marijuana, contact a marijuana DUI attorney today to discuss your case.

Since the ability to consume marijuana in a medical capacity (and more recently recreational) is still so new, studies are still being conducted as to the impact that usage is (and will continue to) effecting the number of motor vehicle accidents. Although marijuana consumption is far from a new occurrence, the ability to consume recreationally without fear of imprisonment has led those who stuck to the letter of the law to begin consuming marijuana. It is due to the increase of potential consumers that has allowed impaired driving cases to rise in states that have passed such laws. As more data begins to become available, researchers will begin to be able to compile more information on what effects marijuana consumption will mean for drivers—just as with alcohol consumption.

And if you’ve been involved in an accident caused by a driver you believe was under the influence of marijuana, contact us to discuss your case today.