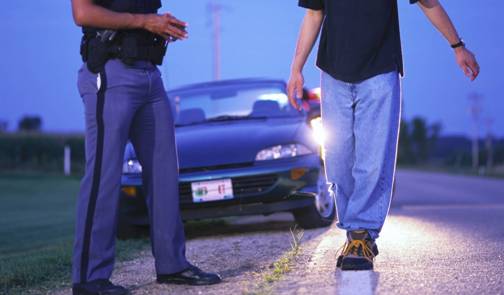 Last November, Colorado crossed an historic landmark—legalizing the recreational use of marijuana. Medical pot has already been legalized in 18 states, in addition to D.C., but Colorado and Washington became the first states to allow its citizens over the age of 21 to carry and use the substance in public, not just for medicinal purposes.

The legalization of recreational pot essentially brought marijuana down from illegal drugs, to the level of other legal, controlled substances, such as alcohol. And like alcohol, smoking pot while driving has been shown to impair driving responses.

So the question is—what is the law regarding how much marijuana you can smoke and still drive? The surprising answer is that there is none—yet.

Colorado law has two distinctions when it comes to driving while impaired: driving under the influence (DUI) and driving while ability impaired (DWAI)

DUI is the more severe of the two, and is defined as “driving a motor vehicle or vehicle when a person has consumed…one or more drugs, or a combination of alcohol and one or more drugs, that affects a person to a degree that the person is substantially incapable… to exercise clear judgment, sufficient physical control, or due care in the safe operation of a vehicle,” according to Colorado statues.

DWAI is defined in virtually the same words as DUI, except when describing the condition of the driver as impaired “to the slightest degree so that the person is less able than the person ordinarily would have been” to drive responsibly.

With alcohol, there are set blood level amounts that mark when someone should not be operating a vehicle—0.05-0.08 for DWAI, and above 0.08 for DUI. But with marijuana, and all drugs for that matter, such a number does not exist.

In response to this blank spot in state law, the Colorado legislature is considering introducing a new amendment that would define a specific blood concentration level of marijuana for drivers.

According to an article published by The Denver Post back in December, Boulder Democrat Claire Levy has sponsored just such a measure.

Levy’s amendment states that the threshold for the “psychoactive component” of marijuana in the bloodstream should be set at 5 nanograms per millimeter of blood, a number that has already been implemented in Pennsylvania and a handful of other states.

The Colorado Commission on Criminal and Juvenile Justice—made up of lawyers, law enforcement officials, and Colorado citizens—drafted and endorsed the proposal. One commission member, an Arapahoe County sheriff, said, “It became clear to us that marijuana is an area that had not been given due consideration.”

The amendment is now being circulated amongst Colorado lawmakers and is expected to be ruled on shortly.

“It will bring some clarity to the issue of whether you are or are not impaired under the influence of marijuana,” Levy said about the proposal. “There isn’t a bright line right now.”

If you or someone you know has been involved in an accident with someone driving under the influence or while impaired, you may be eligible for compensation for injuries and damages – to discuss your individual case, contact Denver drunk accident attorneys at the Babcock Law Firm today.