Tort law is just one of the areas of civil litigation legal proceedings. 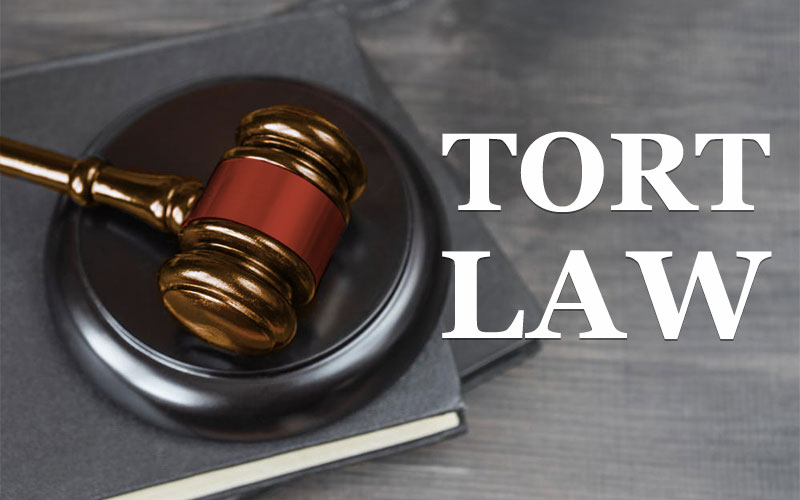 Colorado used to be a "no-fault" state for auto accidents, meaning your insurance company was legally obligated to pay for your medical bills, lost wages and more according to your auto insurance policy - regardless of who was at fault in the accident. However, there were a number of downsides to this system including rampant fraud, insurance companies having control over which doctor's victims could see, and difficulty suing for pain and suffering, among other reasons.

Because of these shortcomings, Colorado switched to a tort-based system for auto accidents in 2003 and hasn't looked back. Although the tort law system isn't perfect, it does make more sense and offer more options to injured Coloradans.

What is a Tort System?

A tort is defined as "a wrongful act or an infringement of a right (other than under contract) leading to civil legal liability." A tort occurs when a person wrongs someone else in a way that exposes the offender to legal liability. This harm doesn't always occur because someone sets out to harm another person on purpose. Rather, a person can commit a tort by acting intentionally or negligently. In addition, in some types of tort cases, an actor is strictly liable for the damages they cause even when they are as careful as possible.

In Colorado, each specific tort has its own list of elements under the law that create subtle, but important differences when proving that compensation is owed.

One type of tort is a wrong based in negligence. Negligence occurs when a person fails to act carefully enough and another person gets hurts as a result. For this type of case, a person must owe a duty to another person. Then, they must fail in their duty to act reasonably. Finally, that failure must result in harm and damages.

For example, a driver on the road has a duty to drive a reasonable speed. If a driver travels twenty miles over the speed limit, they have acted negligently. If they hit someone and hurt them, they have committed a tort. They likely owe the victim for their losses.

An intentional tort is an action that a person does on purpose to hurt someone else. The most familiar examples are assault and battery. Other examples include intentional infliction of emotional distress, false imprisonment, trespass and defamation.

Some intentional torts are also criminal offenses, and some are not. A victim can typically recover more financial damages from a civil case than a criminal case.

If a tort is a strict liability tort, the victim has a right to recover even if the responsible party took every precaution and didn't hurt them intentionally. The only thing the victim must prove is that they were hurt because of the other person's actions.

Dog bites are an example of a strict liability tort. Activities that are obviously dangerous can also fall into this category.

One drawback to Colorado tort law is that there is a limit on the amount of time a victim has to bring a case. This is known as the "statute of limitations." For most Colorado personal injury cases, the limit is as short as two years (and could be as short as 180 days if a governmental entity is involved). This makes it very important to bring a lawsuit almost immediately after you suffer an injury or discover damages. There are a few exceptions to this limitation, but such a case is rare.

Another criticism is Colorado's limit on noneconomic damages. These types of damages compensate a victim for pain and suffering, loss of a loved one's companionship and other types of losses that aren't easy to measure by a dollar amount. Non-economic damages attempt to place a monetary value on mental and emotional suffering. Colorado only allows a victim to recover a limited amount of these types of damages no matter how traumatic their injuries.

In addition, the burden of proof to win a significant noneconomic damages award is high. The court must find that there is clear and convincing evidence to raise the award to the top amount possible. Even then, the court is bound by laws that limit the total award. Some say these awards remain woefully inadequate for suffering victims.

Critics worry that these limitations create a legal system that isn't punishing enough to deter bad actors in Colorado.

Benefits of the Tort Law System

Even so, Colorado's tort laws allow deserving victims to seek compensation for their losses. In some cases, a victim can even recover reasonable costs of litigation when the other side refuses a fair settlement offer.

In addition, state law allows injured victims to conduct what's called "discovery." This process helps the plaintiff and their lawyer gather evidence about the case in order to prepare their case for trial. In these ways, Colorado's laws help facilitate the legal process so that deserving victims can get the compensation they deserve.

If you live in Colorado and have found yourself involved in a tort legal dispute, the Babcock Law Firm understands the ins and outs of tort law, and we can help you receive the compensation you deserve. Contact us today for a free tort case consultation.

Related Articles From our blog

What is Tort Law?

How Long Does it Take to Settle a Personal Injury Case?

After you’ve been in an accident, a million thoughts can […]

Legal jargon can be confusing – even for those of […]

David seemed genuinely dedicated to getting me the most fair settlement possible.
Workers Compensation  |  Longmont
Retained following injury to knee, ankle and foot. Negotiated settlement for injured worker.
"I was referred to Babcock Law Firm by a friend. My case was not a significant one, but ..."
Katey, Verified Customer