It seems logical to think that bigger cities like Denver will, by default, have a higher number of car collisions.

Well new data released by Allstate Insurance shows that a city’s population has little to no effect on the frequency of car collisions that occur. While some larger cities like New York do see a higher frequency of collisions, so do other cities with a fraction of the population. 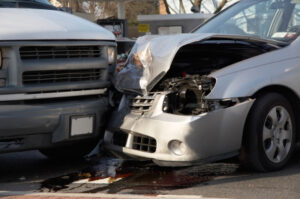 Cities with the lowest frequency of auto collisions include:

Drivers in these respective cities went, on average, more than 13.5 years between crashes. Also, drivers were 27.6%, 27.3% and 26.7% less likely to have a collision when compared to the national average.

Cities with the highest frequency of crashes include:

Drivers in these cities had the shortest gap between auto collisions – 4.7, 5.3 and 5.5 years respectively.

The study by Allstate insurance looked at auto collision data from 195 cities with populations ranging from 125,000 to around 8 million. It’s interesting note from charts put together by Nate Berg over at the Atlantic that the highest populated city, New York, is on par with cities a fraction of its size in terms of auto collisions.

Likewise, there are small cities like Ft. Collins and others that are completely opposite and have a long period of time, over a decade in many cases, between car collisions.

When plotting Allstate’s data on a graph, it seems possible that a connection exists between larger populations and shorter time periods between crashes.

However, only 9 of the 195 cities evaluated in the study have populations over 1 million, so it can be a little misleading to suggest a larger city sees more car collisions.

We see in this chart that there is obviously no discernible pattern. Some cities have a higher frequency of crashes than others, regardless of their population.

Even though data used in the study accounts for only 10% of the U.S. population, it’s still quite a representative example. If these numbers are indeed true, then it seems just because a city has a higher population doesn’t always mean it will see more car collisions.

We’re delighted to see Ft. Collins, Colorado was near the top of the list – congratulations! The mid-sized metropolis south of our Denver headquarters is one of the safest cities for driving in the entire U.S.!