How to Apply for Our Scholarship

Submit your application & essay by email by the deadline noted above.

Judges will examine all entries received by the deadline above. The winner will be selected within six weeks of the submission deadline. One winner will be awarded the scholarship amount, and notable entries may be published on the Babcock Law Firm website.

Guidelines and tips from the judges

The judges, who read thousands of essays, have provided some key tips that will help you write a high quality essay.

All scholarship entries submitted to the Babcock Law Firm, along with all copyright, trademark and other proprietary rights associated with the submission, become the property of InjuryLawColorado.com. By submitting an entry and the signed application form, you acknowledge that the Babcock Law Firm will own all rights to publish and promote the content. All entrants also agree that they consent to the use of their name, the school or university they attend, and the use of their likeness (as in a photograph) and prize information.

*The information collected from applicants will not be used to solicit them for business or sold to third-party solicitors.*

Good luck, and we look forward to your submissions! For questions, contact us here.

A Word from Mack Babcock, Founder of Babcock Law Firm

As a lifelong attorney for injured workers, a law school graduate, U.S. Marine and a father of two, I strongly value the role education can play in furthering a person’s aspirations, dreams and future. Unfortunately, paying for school is simply unachievable for many Americans today. By offering this privately-funded scholarship, my team and I seek to help students young and old pursue their passions. Good luck!

After completing law school and being admitted into the Colorado Bar, Babcock joined a midsize insurance defense firm that defended hundreds of injury claims for several large insurance companies and corporations. Upon seeing how accident victims and their families were treated by the system and the insurance industry, he decided to switch sides and work on behalf of plaintiffs instead. His experience as an industry attorney gives him a unique perspective to help injured workers in Colorado obtain the benefits they need to deal with their injuries and difficult insurance companies.

Mack Babcock is a former U.S. Marine, and a law school graduate of the University of Denver. He graduated in the top 10% of his class, and was inducted into the Order of St. Ives honor society. Babcock clerked for the Honorable Michael A. Martinez in the Colorado District Courts for the City and County of Denver, and he also worked for the District Attorney’s Office for the 18th Judicial District.

Professionally, Babcock has been named a top Colorado attorney by Super Lawyers and Avvo. He is involved in a number of local and national legal organizations, such as the Colorado Trial Lawyers Association, Workers’ Compensation Educational Association (WCEA), Colorado Professionals in Workers’ Compensation and he served as the Secretary for the Workers’ Injury Law Advocacy Group (WILG). Read his full bio here.

Want to know what it takes to win? See our previous winners. 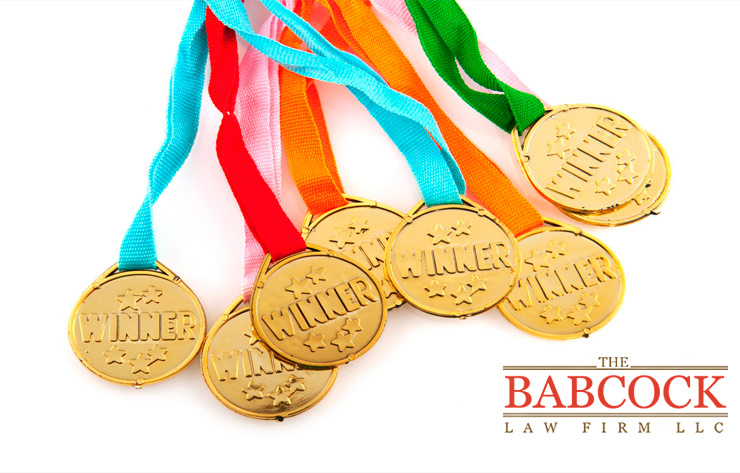 Essay winner: Tell us about your first job.
What was the best part? The worst part? 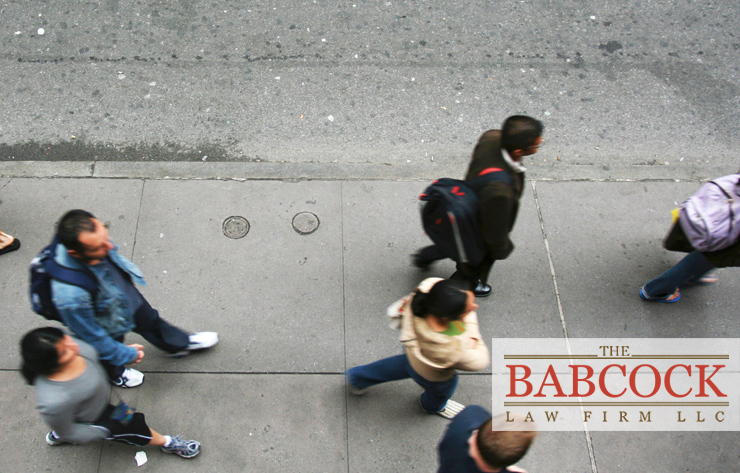 Essay winner: How to decrease
pedestrian accidents and fatalities

Excellent, Stress Free Experience
Workers Compensation  |  Longmont
Retained to negotiate settlement for worker who was terminated when he was injured.
"I am very happy with how my case went. I went through the facts of the case once ..."
Tony, Verified Customer

There when nobody else. was.
Workers Compensation  |  Aurora
Represented worker for denied claim for injuries to right shoulder resolving issues in the claim and obtaining payment to injured worker.
"I called 10 other law firms about my Workman's Comp case and was told on the phone that they ..."
Ralph, Verified Customer

Workers Compensation Case
Workers Compensation  |  Aurora
Retained following denial of claim obtaining a financial settlement including resolution of a Medicaid lien.
"Everyone at The Babcock Law Firm is very professional, made sure you understood everything before moving on. If ..."
Kelly, Verified Customer