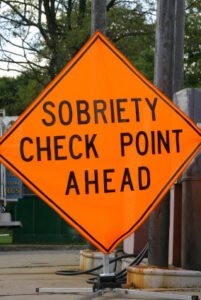 A recent report by the Colorado Department of Transportation indicates that over 650 drivers were arrested for intoxication during key sobriety checkpoints from December 6 – 16th.

The extended enforcement period was part of “The Heat is On” campaign—Colorado’s ongoing high-visibility crackdown during 12 key holiday periods that combines more concentrated pressure on DUI drivers with strong public awareness programs throughout the state.

According to the CDOT, more than 26,000 drivers are arrested in Colorado each year for drunk driving, and over 150 people are killed in DUI accidents—accounting for more than one-third of the total number of annual motor vehicle deaths in the state. Drug-impaired driving is also becoming a serious problem, especially on top of the legalization of recreational weed, with 16% of accident fatalities involving drivers who tested positive for drugs.

“Unfortunately hundreds of drivers got behind the wheel after drinking, and they are now dealing with the real-life nightmare of a DUI arrest, which can cost them their driving privileges and hefty fines, not to mention the safety risk they imposed on those around them,” Colonel Scott Hernandez, Chief of the Colorado State Patrol, said in a news release about the Halloween weekend crackdown.

The next two targeted campaigns by Colorado law enforcement are scheduled for New Years’ Eve and the Super Bowl weekend. View the DUI data reports for your county by visiting the CDOT Heat is On web page.

How serious is the problem?

Data from the National Highway Traffic Safety Administration found that over one-third (36%) of Colorado traffic fatalities in 2011 were caused by alcohol-impaired drivers, and Denver County consistently has one of the highest death rates in the state for DUI accidents. Of the 33 reported motor vehicle fatalities in Denver that year, 16 were alcohol-influenced—meaning nearly half of all people who died in car collisions were killed in drunk driving accidents.

What can you do?

While driving responsibly and defensively can certainly help you avoid a deadly car accident, sometimes it’s not your actions that lead to a collision, but the negligence of another driver. If you obtain personal injuries or damages from a driver who you believe was intoxicated, you should seek legal council immediately. Talk to an experienced Denver drunk driving lawyer at The Babcock Firm for a complete free in-depth discussion of your case.

Excellence, Efficiency and Transparaency
Workers Compensation  |  Longmont
Retained for representation following fall from a ladder to address correct calculation of average weekly wage and settlement.
"Working with Mack was a pleasure. From day one he spent the time (hours) to fully apprise me ..."
TVN, Verified Customer