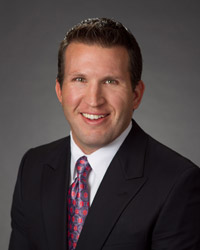 Mack Babcock’s journey to becoming a nationally recognized Colorado injury attorney has taken many twists and turns through the years. From the United States Marines to college and beyond, Babcock has taken every step in stride.

Here’s an overview from a recent interview with Enjuris.com in which Babcock discusses his career decisions, his firm and his fulfillment in his line of work.

The Marines and College

According to Babcock, his decision to join the Marines as a teenager “just felt right.” He served eight years in the U.S. Marine Corp, earning a Navy Achievement Medal for superior performance of his duties.

“I am a Marine through and through,” he told Enjuris. “I owe them a lot.”

After the Marines, Babcock attended the University of Iowa and obtained a degree in Business Administration in Finance, after which he worked in sales for a few years.

However, Babcock didn’t find finance to be his true calling.

After following his future wife Brighty to Denver, Colorado where she was attending graduate school, Babcock decided to take his professional career down a different path. His uncle had attended law school and found success, so Babcock decided to follow suit.

After attending the Sturm College of Law at the University of Denver, he was awarded his degree in 2002 and accepted a position with an insurance defense firm, excelling almost immediately in workers’ compensation.

Through this experience, Babcock developed an extensive knowledge about insurance companies’ treatment of accident victims.

In 2007, Babcock started his own firm with his mother working as his paralegal. Today, the Babcock Law Firm is a six-person firm representing accident victims in numerous areas including workers’ compensation, slip and fall accidents and even wrongful death cases. It is our firm’s mission to avoid representing insurance companies or corporations.

Best of the best
Car Accidents  |  National
Represented following motor vehicle accident. Negotiated settlement and resolved liens with Medicaid, health insurance and medical providers.
"Stephanie has helped both my husband and I find ample compensation for work and car accidents. She is ..."
Jo, Verified Customer