Customers of many banks across the U.S. – including many in Colorado – are complaining they are the victims of excessive overdraft fees. Many are suing for damages, including a woman in Loveland who recently sued Wells Fargo in federal court.

In fact, all of these cases spanning 23 states and 33 banks have been consolidated into a class-action lawsuit in Miami. 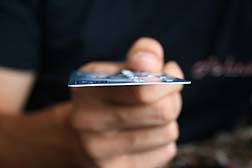 Continue reading for a few of the practices customers allege banks are using along with some background on what overdraft fees are. Complainants in the lawsuit(s) say these practices are designed to push their account into the red quicker so the bank can charge more in overdraft fees. Banks maintain they do some of these practices to ensure the customer’s most important expenses, like a mortgage or car payment, are paid first.

First of all, many customers never realize they have overdraft protection, as their bank never asked if they wanted it in the first place. Many assume their debit card would simply be declined if they don’t have enough cash in their account. But dropping $10 into the red could mean a $35 or more overdraft fee. And since they’re never told about the overdraft, customers may go on and keep using their debit card and unknowingly incur the per-transaction fee for every purchase, no matter how small it is.

As of July 1st of this year, banks are now required to ask if a new account holder wants overdraft protection. This rule was expanded to include all customers effective August 15th.

One way banks are accused of charging excessive overdraft fees is through reordering transactions. Meaning, a bank processes the largest transactions first regardless of the order they occurred.

Let’s say you spend $10, $20, $50 and $100 in that order and have $140 in your account. If the bank processes each transaction as it occurred, you will not overdraft until the last transaction. However, many banks process the largest transaction first and then work their way down, meaning overdraft will be triggered for three of the charges in this scenario.

The customer doesn’t have access to the funds but they’re still technically in the account until the merchant submits their batch of transactions.

Customers also complain about the irregularity of how long it takes to post debit and deposits to an account. Banks are required by law to make a deposit available to a customer within a certain amount of days but they can choose to make them available sooner. Many customers are saying the banks are inconsistent and they never know when the funds are actually in their account.

Sometimes, they say, the bank will sometimes post a deposit immediately while other times it’s not posted until the account has gone into overdraft.

The important lesson here is pay careful attention to how your bank handles your transactions and what they charge in terms of fees. There are many situations like this across the U.S. but with our busy lives, it’s sometimes hard to keep track of various fees we’re charged for everyday things.

This letter is addressed to anyone searching for best legal representation.
Workers Compensation  |  Littleton
Retained to represent for denied claim. Filed an Application for Hearing resulting in a negotiated settlement.
"In September 2016 I contacted the Babcock Law Firm to seek help with my workers compensation (injury) case... I ..."
Garrett, Verified Customer