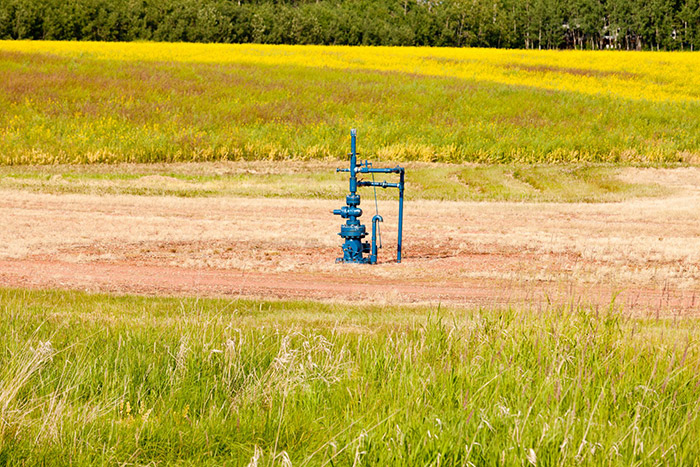 Diana DeGette and Jared Polis, two lawmakers from Colorado, have introduced legislation to regulate natural gas fracking at the federal level. Dubbed the Fracturing Responsibility and Awareness of Chemicals Act (FRAC Act), the bill’s goal is to increase oversight of the natural gas extraction technique known as hydraulic fracturing, or fracking.

The U.S. Environmental Protection Agency has been concerned for quite awhile about the possibility of toxic groundwater surrounding fracking operations…they’ve setup a hotline for anyone who thinks their groundwater is contaminated by these operations.

Hydraulic fracturing has become a preferred means of extracting natural gas. It’s a popular technique used in Colorado and across the Mountain West.

DeGette and Polis introduced the legislation in Congress’ last session. Specifically, it aims to close the so-called “Halliburton Loophole,” which gets its name from an oil and gas company formerly headed by former Vice President Cheney.

In a press release, Rep. Polis states “There is a growing discrepancy between the natural gas industry’s claim that nothing ever goes wrong and the drumbeat of investigations and personal tragedies which demonstrate a very different reality.”

Congress exempted fracking from federal regulation under the Safe Drinking Water Act in 2005.

Since, Congresswoman DeGette has tried 3 times to get the exemption removed and force fracking operations to reveal what chemicals they’re using to extract natural gas from rock formations.

A former Bush administration EPA official recently told ProPublica that the data the agency used to justify the exemption should not have been used and the current exemption is too lenient.

Reps. DeGette, Polis and Maurice Hinchey from New York recently unveiled the findings of a congressional investigation that found many companies were injecting diesel fuel underground. An investigation by the New York Times found municipal wastewater treatment facilities being overwhelmed with sometimes radioactive fluids believed to be used in fracking operations.

Industry officials claim there’s a lack of evidence in regard to hydraulic fracturing contaminating water supplies and posing a public health threat. Opponents of fracking though say it’s impossible to test since regulators don’t know what chemicals are being used.

State regulators with the Colorado Oil & Gas Conservation Commission, who would be the primary enforcers of the FRAC Act, say the additional regulations are unnecessary and could potentially stretch their staff too thin.

A companion bill has been filed in the U.S. Senate by Sens. Bob Casey and Chuck Schumer.

Amazing results
Workers Compensation  |  Aurora
Represented for shoulder injury resolving wage loss issues and negotiating settlement.
"Had a great experience with this amazing firm a few years ago and had the pleasure to hire ..."
2nd time client, Verified Customer