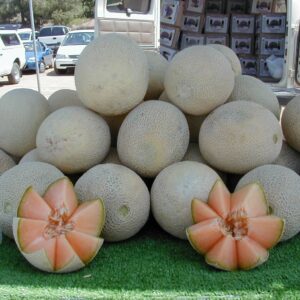 It’s been over two years, but the families affected by one of the deadliest outbreaks of foodborne illness in a generation are finally receiving justice.

In September 2011, a crop of cantaloupes tested positive for Listeria, a life-threatening bacterial infection. The contaminated fruit, which injured 115 people and killed 33 others—including one miscarriage—was sourced back to a Colorado farm owned by Eric and Ryan Jensen of Holly.

This month, the brothers were at last convicted and charged with federal misdemeanor charges based on the legal standard of strict liability.

Strict liability is the standard doctrine used in personal injury cases involving defective or unsafe products, as well as food poisoning lawsuits. Essentially, it allows consumers to seek compensation from the manufacturer or seller of the product in question, without having to prove that the maker or seller was actually negligent themselves.

In the case of the contaminated cantaloupe, the Jensen brothers claim that a third-party auditor company called PrimusLabs—who was hired by the brothers to test their products to make sure they were safe for human consumption—is really to blame for the spread of the foodborne illness.

However, when strict liability is applied, the guilt for the injuries and death caused by a defective product rests with the manufacturer alone. In this case, that’s the Jensen brothers.

The practical reason for strict liability in defective product cases is quite simple.

To hold someone liable for your injuries generally requires you to show that it was their negligence which directly contributed to your harm. But when dealing with products sold to the general public, it becomes extremely difficult (and expensive) for a single individual to show how and when a manufacturer was negligent in making the defective product.

A consumer can’t be expected to be able to prove exactly where along the manufacturing line negligence was committed. Without strict liability, companies could keep casting the blame up the ladder, until an injured consumer is forced pay for the financial repercussions out of their own pocket.

Although strict liability makes it easier for an injured consumer or their surviving loved ones to acquire quick compensation from a defective product, it does come with limitations.

For instance, strict liability may not apply if you bought a defective product from a garage sale, flea market, or thrift store, which sell all kinds of different things and are not held to the same standards as manufacturers.

Apart from that, you can make a viable strict liability claim as long as all three of the following conditions exist:

Although strict liability claims are seemingly straightforward, manufacturers and businesses find all kinds of ways to shift the blame for the defect to you, the user.

In such cases, it’s imperative that you seek an attorney with experience in defective product and negligence lawsuits to fight on your behalf.

We urge you to contact The Babcock Law Firm if you need legal representation for your Colorado injury claim.