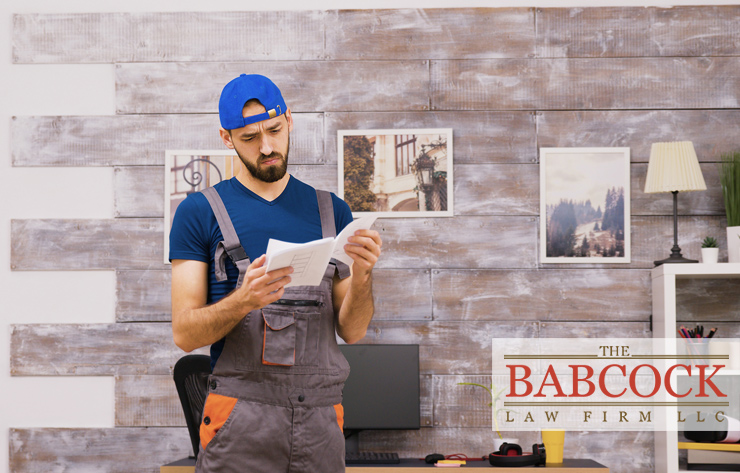 As if contracting COVID-19 wasn’t bad enough, some essential workers in the United States who recover from the virus are now facing the uphill climb of proving to their employers that they were infected during the course of their employment.

They must do this in order to receive workers’ compensation benefits.

Across the country, stories are playing out where an essential worker becomes infected with COVID-19.

Thankfully, most of those who are infected recover. However, many face a long recovery and lingering symptoms.

Moreover, given that COVID-19 is a novel virus, we still don’t have a full understanding of what long-term complications the virus could cause (even to those who recover fully, with seemingly no complications) in the future.

Currently, there isn’t a blanket ruling of whether being infected with COVID-19 is considered a workplace injury. In at least a dozen states, legislation has been introduced (referred to as a presumption) that would require an employer to prove that their employee contracted the virus somewhere other than their workplace; thus, making the employee eligible for workers’ compensation.

That said, even in states where presumptive laws are in place, sometimes the laws only protect certain industries, such as healthcare workers and/or first responders. Even other workers who may be considered essential workers (like grocery store workers and delivery drivers) are often left out of the equation.

More discouraging still are the states that haven’t even drawn up legislation.

In states such as New York, employees have to prove they contracted the virus at their place of employment. According to the Workers’ Injury Law & Advocacy Group, a national nonprofit organization where Mack Babcock is Treasurer, it is very difficult to prove where an individual contracted an infection like COVID-19.

Colorado is one of the states that have tried to pass legislation to enact presumptive laws to help ensure infected essential workers receive the compensation they deserve. Lawmakers were in talks to extend COVID-19 coverage for all workers. However, sadly, the bill failed when nearly 30 associations, businesses and chambers of commerce expressed to the legislature that providing an extension of COVID-19 protections would cost the state $3 billion if half of the state were infected.

As Babcock told NBC News, he believes those estimates were wildly exaggerated.

Because this law wasn’t passed, many individuals and families have been unjustly and unfairly denied compensation. This includes the family of Daniel Avila Loma, who died from COVID-19 in April 2020. Loma was an employee at the JBS USA meatpacking plant, which experienced a COVID-19 outbreak that infected nearly 300 people and left 6 dead.

After Loma’s death, his family filed a workers’ compensation claim that was denied.

Babcock, an experienced Colorado workers’ compensation attorney and founder of The Babcock Law firm, supported the bill to extend presumptive protections to all Colorado workers and is honored to represent the Loma family.

When it comes to workers’ compensation, the systems vary state by state. However, for the most part, all states require employers to have workers’ compensation insurance. This insurance is usually obtained from private companies that provide injured workers with money to cover lost wages, medical treatment and permanent disabilities.

In order to provide benefits, these insurance companies will make determinations on claims on the basis of whether or not they feel the injury occurred at the workplace—and if so, what treatment(s) are warranted for the injury. Because of this, denials are often made, and appeals are required. The appeals process can take years, which can lead to injured workers facing financially disastrous costs in the court system.

Since the start of the pandemic, 15 states have enacted laws or regulations to make it easier for infected workers to receive workers’ comp benefits. Less than half of the remaining states have considered enacting such legislation.

The remaining states have done nothing at all to protect their workers.

Regardless of whether or not a state has enacted legislation, they’re still accepting workers’ compensation claims. Some states (like Ohio) have seen favorable results, while others (like New York) are denying most claims.

Babcock hopes that the insurers who are rejecting claims quickly are doing so because they haven’t had the time to fully investigate the claim. In Colorado, a workers’ comp insurer has 20 days to decide on the validity of a claim. By rejecting a claim quickly, they have more time to interview the claimant and those surrounding the case to gather evidence.

Some experts suggest that these outright denials are due to the uncertainty that surrounds COVID-19. For example, we still don’t know what the long-term effects of contracting the virus will be.

Will the infection clear up completely for everyone, or will some require medications—that workers’ comp insurers will be on the hook for—for the rest of their lives?

We just don’t know yet.

This uncertainty could also lead to workers’ comp insurers to increase the cost of insurance policies in the months and years to come.

If you or a loved one contracted COVID-19 during the course of your employment and need help filing a workers’ compensation claim, contact the experienced attorneys at The Babcock Law Firm today for your free consultation.