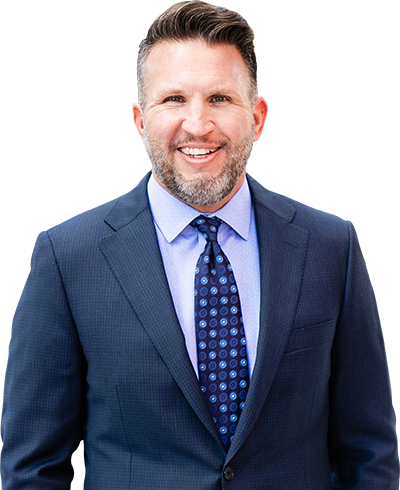 Denver, Colorado attorney R. Mack Babcock spends his life continuously striving for excellence. As founder of the Babcock Law Firm, Mack uses his extensive legal experience, insight, and professional relationships to help Colorado’s injured workers and citizens obtain all the compensation benefits afforded to them under the law.

Mack is a husband and proud father of two. When he’s not with his family or vigorously fighting for the rights of clients, he enjoys swimming, running, and biking along Colorado’s many scenic roads. He has competed in several marathons, road races, and triathlons — including several half and full distance Ironman triathlons.

First to Fight: The Story of Mack Babcock,
Founder of Denver’s The Babcock Law Firm

Born and raised in Chicago, Mack got an early education in responsibility and duty when he enlisted in the United States Marine Corps out of high school, completing 8 years of honorable active and reserve duty.

Promoted through the ranks very rapidly, Babcock received a meritorious promotion to non-commissioned officer at the ripe young age of 21 and was awarded many medals during his service, including a Navy Achievement Medal for superior performance of his duties.

After serving in the Marines, Mack turned his attention to higher education, obtaining a Bachelor of Business Administration in Finance from the University of Iowa and then continuing on to law school at the University of Denver.

During his law school tenure, Mack earned the highest grades in his Administrative Law and Basic Taxation classes and was a semifinalist in the Hoffman Cup Trial Advocacy Competition during his final year. Upon graduating in the top 10% of his class, Mack was inducted into the Order of St. Ives honor society.

In addition to excelling in his law school courses, Mack also clerked for the Honorable Michael A. Martinez in the Colorado District Courts for the City and County of Denver. He also worked for the District Attorney’s Office for the 18th Judicial District, the Denver City Attorney’s Office Employment Law Section, Anthem Blue Cross & Blue Shield, and several small litigation firms.

Legal Career and Life in Colorado

During this time, Babcock became very familiar with the approach insurance companies take toward accident victims.

After seeing firsthand how accident victims and their families are treated by the system and the insurance industry, he switched sides and went to work at one of Colorado’s premier plaintiff firms as a workers’ compensation, personal injury, and insurance dispute attorney.

Later, he founded the Babcock Law Firm so he could focus on providing high-quality legal representation to injured individuals. His experience as an industry attorney put him in a unique position to help injured workers in Colorado obtain the benefits they need to deal with their workplace injuries.

As a longtime member of the Workers’ Compensation Educational Association (WCEA), Mack has played a key role in rewriting a number of significant changes to Colorado’s Workers’ Compensation Act. He also routinely testifies in front of the Colorado House and Senate in support of legislation aimed at benefiting injured workers across the state. 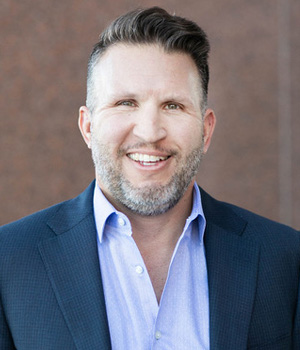 “I quickly became very familiar with how insurance companies treat accident victims – how faceless corporations play with people’s lives when they’re at their very worst. This is part of the reason I decided to found my own practice. At the Babcock Law Firm, we will never represent an insurance company or other member of corporate America.”

“I found Mack Babcock and the entire firm to be highly professional yet very personable. They took the time to explain each step of the way. Mack was very thorough in his explanation whenever I had questions or needed clarification. I would highly recommend Mack and his team to anyone who has been forced to navigate the complex landscape of workers compensation. Thank you Mack, Jan and Aiden, it was such a pleasure working with all of you!”

Mack Babcock In the News

“Workers’ comp is too weird. It’s too hard. It’s too specialized.” He found that he could compete for a personal injury case, but his colleagues would refer all the workers’ compensation cases to him without question. Eventually he just accepted his specialty…“I tried for years to get away from it, and now it’s made me the success that I am.”

And he has become a success.

He had become very familiar with how insurance companies treat accident victims – how faceless corporations play with people’s lives when they are at their very worst. This is part of the reason he decided to found his own practice.

“We will never represent an insurance company or other member of corporate America.” This is because of the inherent conflict of interest that straddling the fence implies. Babcock is a plaintiffs’ attorney, through and through.

Have you or a loved one been injured, on-the-job or in an accident,
and are experiencing difficulty in obtaining your rightful compensation benefits?

If so, fill out the form below to contact Denver, Colorado attorney R. Mack Babcock today
and discuss your case with someone who can help. Connect with him via LinkedIn.