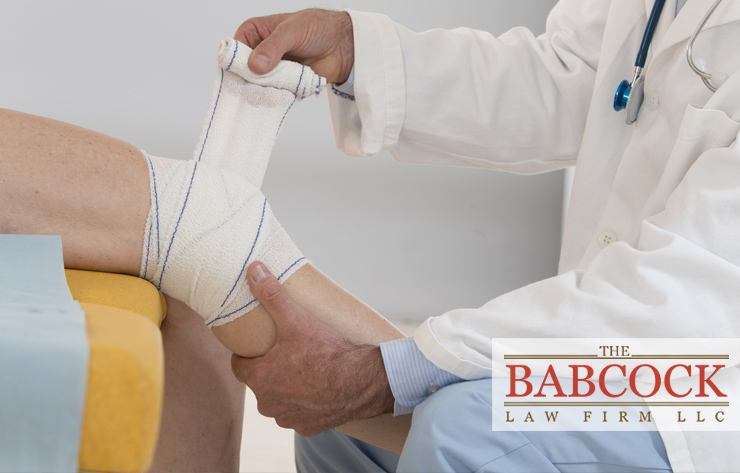 In September 2013, Birmingham attorneys Bernard and David Nomberg from Nomberg Law Firm began an online video program called “Alabama Work Comp Today.” The program began with a focus on Alabama law, but has now branched out to bring in colleagues and friends from law firms around the country to discuss the similarities and differences in law.

On January 30, 2020, Mack Babcock of The Babcock Law Firm was a special guest on their program. During the vlog, Babcock and the Nomberg brothers touched on many important workers’ compensation topics, including the workers’ compensation claim of a former NFL player, independent contractor law in California, Delta Air Lines employees suing Lands’ End over an allegation that their uniforms made them sick, robots in warehousing, and Lyft drivers being told not to accept settlements in their misclassification lawsuit.

Check out the full video on YouTube or right here:

One of the issues the Nomberg brothers and Mack Babcock discussed was one out of Pittsburgh, Pennsylvania. A former linebacker for the Pittsburgh Steelers, Anthony H. Trucks, was injured in a pre-season game in 2008. He was paid workers’ comp benefits for a seasonal worker.

Trucks argued he should be considered a full-time, non-seasonal worker due to the details of his contract that required him to perform non-football activities during the off-season. The court ruled in Trucks’ favor and changed his award amount from $400 a week to $807 a week.

According to Babcock, arguments like this “affect the wage loss benefits, referred to as temporary disability benefits, in Colorado.” He went on to say that temporary disability benefits are the same in most states, and that issues like this arise in Colorado, too. In those cases, the ultimate goal of the insurer is not only to “reduce the cost of the claim […] by paying less in wage loss benefits,” but also to “starve out” the injured worker.

As an example, Babcock discussed Colorado ski resorts, which generally end their season in April. Since the resorts don’t operate full time, they often allege that wage loss benefits are not due in the off-season, despite the fact that the injured worker may be unable to report to their summer job.

Babcock and the Nomberg brothers also discussed California’s controversial Assembly Bill 5 (“AB5”), which became law on January 1, 2020. AB5 is, according to Dave Nomberg, a “creative new set of laws for California companies that work with contractors.” He goes on to further specify that California AB5 “changes the definition of an independent contractor in California.”

Under California AB5, an individual is presumed to be an employee unless the company proves that the worker:

According to Babcock, the employees filed suit against Lands’ End rather than their employer because there is a law that “in exchange for providing workers’ compensation coverage to employees that is no-fault coverage, you cannot sue your employer for a traditional personal injury suit even if they were at fault. Even if they were negligent, they have what’s called immunity from personal injury suits.”

If you or a loved one live in Colorado and need assistance with your workers’ compensation case, contact The Babcock Law Firm today for your free consultation.

Best of the best
Car Accidents  |  National
Represented following motor vehicle accident. Negotiated settlement and resolved liens with Medicaid, health insurance and medical providers.
"Stephanie has helped both my husband and I find ample compensation for work and car accidents. She is ..."
Jo, Verified Customer

Great
Workers Compensation  |  Littleton
Retained following shoulder injury. Objected to Final Admission and negotiated resolution.
"Very professional. Kept me informed of the process and where we were at in the case."
Dave, Verified Customer